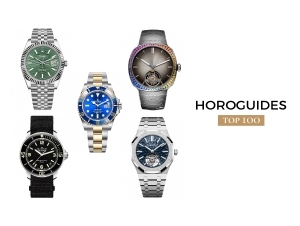 A few weeks ago, I decided to visit Tokyo on a whim - I had not planned on visiting the city, however, my wife had some business meetings in Tokyo and I had never been. It was the perfect opportunity, so I decided to join her on her trip. I had not planned to do anything special, after all, my wife was in meetings for the first few days of our trip. I’ve always had two hobbies; photography and horology. I had been interested in Grand Seiko for a number of years and have always found it difficult to obtain those watches (at least the models which interested me the most) where I lived, so thought it would be a good opportunity to look at what was available and perhaps pick up a Grand Seiko on my trip. I was always fascinated by the extreme attention to detail and finishing that Grand Seiko watches had, from their unique dials and case designs to the polishing on the markers. I’ve always considered the watches to be the products of people genuinely dedicated to their craft and who obsessed even the smallest of details. In keeping with the spirit of the trip, I decided to bring only one watch with me, - something simple and evocative of Japanese watchmaking, and chose to wear a Kurono Tokyo. I had always wanted to meet Hajime Asaoka, the creator of the eponymous brand that also exuded the same obsessive attention to detail that I have come to associate with Japanese watchmaking. However, I knew that, given the relatively short notice for my upcoming trip, such meeting would be difficult to arrange - little did I know that I would not only have the opportunity to meet Asaoka-san, but that he would turn out to be one of the kindest and most engaging individuals I had the pleasure of meeting on this trip.

After arriving at our hotel in Shibuya, I decided to head out to Wako in Ginza to peruse the selection of Grand Seiko watches to help me decide which watch I would like as a souvenir of this trip. On my way out of the hotel, I stopped at the automatic currency exchange machine to convert some British pounds to Japanese yen for walking around money. While the machine had the option to convert English pounds, I soon discovered that the machine would not accept 50-pound notes which were too wide. I had to head back up to my room and get American dollars instead which I hoped would be accepted by the currency conversion machine.

As I exited the elevators into the hotel lobby to make my way to the currency exchange machine, I saw a familiar face walking towards the reception. I did a double take, and decided to chance it and ask if the person was in fact Benjamin Clymer. I introduced myself and found out that he was in Tokyo for the launch event of hodinkee.jp the following night, to which he graciously invited me. Little did I know, as I made my way to the event, that I would also have the fortuitous chance to meet Hajime Asaoka as well - I never expected to have the honour this trip. He was one of the most interesting and humble people I met that night. Asaoka-san also happened to have a prototype Reiwa Chrono Tokyo watch on hand, which was every bit the watch I expected it to be given my past experiences with his watches - I am sure future collectors will not be disappointed. What followed was a night filled with interesting people, fabulous watches, and discussions about photography. Llittle did I know that Hodinkee would soon be releasing their very own Leica M10-P “Ghost Edition”). On display were all the previous Hodinkee editions. As one would expect at a Hodinkee event, the attendees had a wide variety of interesting watches, from solid gold Royal Oak QPs to Credors, vintage Longines, and a fair number of independents (Ben Clymer was sporting a Philippe Dufour Simplicity). I, of course opted for a Grand Seiko SBGK005. I also had the chance to meet a number of hodinkee.jp staff, including Masaharu Wada (sporting his signature Breguet Marine 5817)